on tour this October and may be coming to a venue near you!

is a thrilling performance of Brecht songs set by Weill and Eisler with Frankie Armstrong and Mikey Price and an excitingly executed, close harmony singing, slick re-telling of Brecht's iconic play, 'The Caucasian Chalk Circle' by The Chalk Circle Collective (Helen Chadwick, Sally Davies, Pauline Down, Joanna Foster, Kirsty Martin, Martina Schwarz and Rowena Whitehead.) Brecht's songs from the play have been set to newly composed music by Kirsty Martin.

for details, fliers and a list of dates and venues go to:

for short clip of the show: 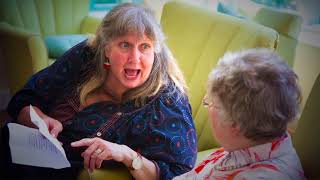